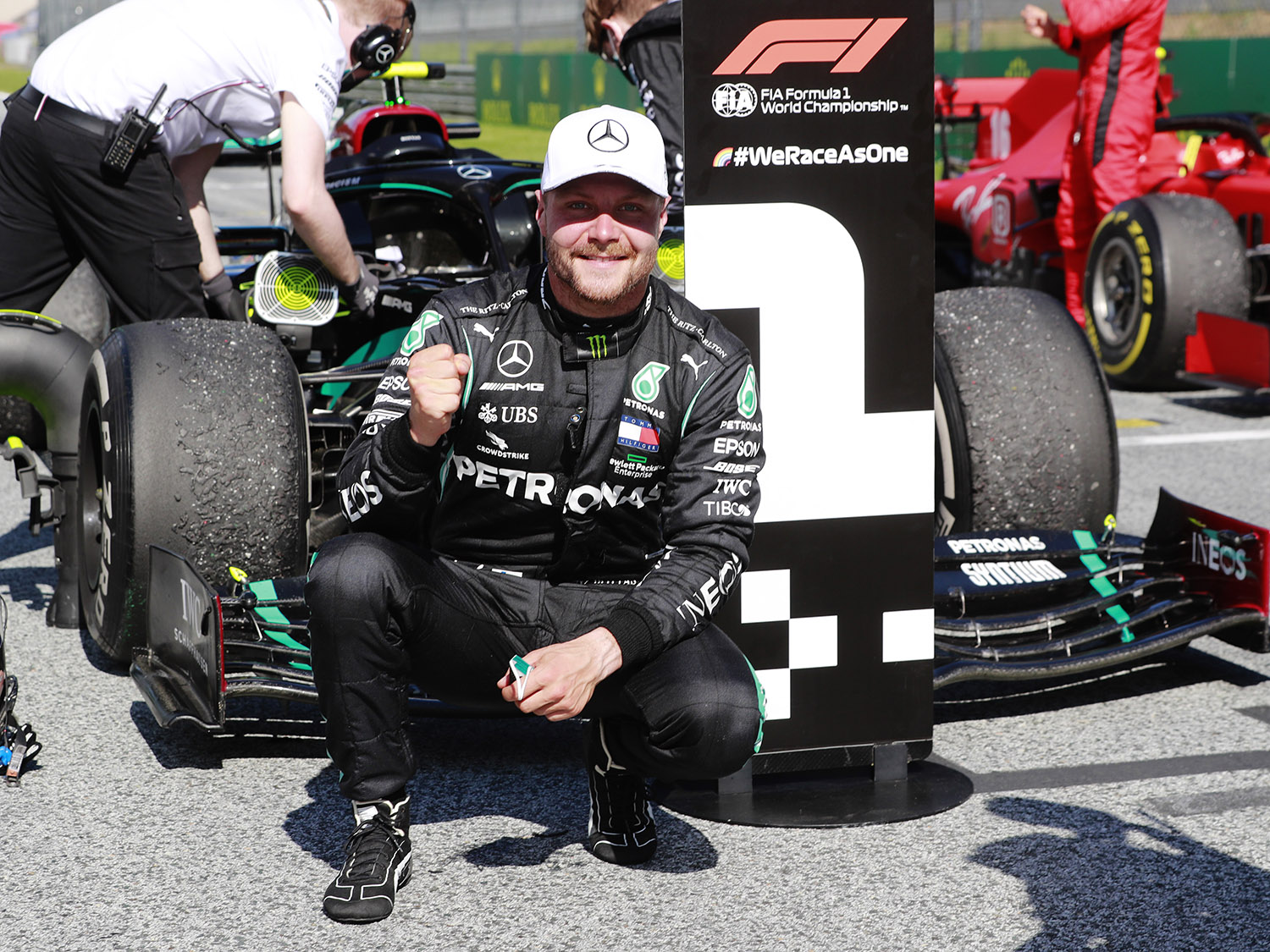 MercedesAMGF1 dominated & Valtteri Bottas drove a stonker of a race while the new Lewis-Albon touch-&-go rivalry doesn’t seem to abate at all!

Red Bulls self-destructed but their potential is huge! Verstappen must have been nursing his luck when his car let go with a myriad of electro-hydraulic gremlins saw it stranded in the very opening laps itself making him the first retirement of 2020!

Ferrari with Charles Leclerc lucked out with second but have been dismal with their pace, being actually slower than last year! Vettel had another brain fade moment he could have done without, for the move wasn’t on. However, to be truthful his car was in trouble from the very second lap and it was only tenaciously hanging on to opportunities that saw Vettel try to make ground at an inopportune moment.

The Racing Points made an error in strategy plus were stymied by sensor troubles that seemed to affect all Merc runners. Nevertheless, Sergio Perez was mega in parts of the race and I think that better reading of how a race unfolds will be needed on the pink pit wall.

The great never-say-die spirit of Lando Norris rewarded him with his first ever podium spot and welcome return for McLaren to this perch. Both Norris and his teammate Carlos Sainz had the finely balanced cars underneath them but sadly the  Renault motors were no match for the Mercs or the Hondas so it was only due to sheer dint of opportunity brought about by the three safety car periods that saw the orange cars make the most of it and grab a podium. To see Norris set the fastest lap on the very last lap of the race was the key to his grabbing third!

The Renaults seemed to be stuck in mid-field as did the Alpha Tauris. The Alfa Romeos, the Haas & the Williams seem to be having a lock on being relegated to Q1 & that’s sad.

And yes the entire field seemed rusty from the enforced inaction! With the second GP of the year at the same circuit next weekend, let’s see how the teams react to the lessons learnt this week including riding the bone & sensor jarring curbs; not reading tyres in qualifying & most important of all keeping it all together on the deck! Not knowing how long this season’s championship could eventually run out, any retirement like Max had could be disastrous for the title battle!

And on to some bits of mention which I would like to ponder on. Before the race the F1 drivers gathered together on the grid for their customary pre-season group photograph wearing all black T-shirts with End Racism writ large on them. Many also took the knee but an equal number did without that including Max Verstappen, Charles Leclerc, Lando Norris, Antonio Giovinazzi, Kimi Raikkonen and a couple of others. I think Max spoke for all of them when he said that it didn’t mean that they were “less committed than others” in tackling racism not just in sport but in all walks of life as well.

Leclerc put out a tweet wherein he mentioned: “I believe that what matters are facts and behaviours in our daily life rather than formal gestures that could be seen as controversial in some countries. I will not take the knee but this does not mean at all that I am less committed than others in the fight against racism.”

And now on to the driver of the race and so many said Alex Albon and yes the Thai driver drove a great race and the sympathy that came his way was fully deserved. However, for me the driver of the day was race winner Valtteri Bottas who had everything and everyone covered. It’s not easy with a 6-time World Champion breathing down your neck and that too after not one or two but three Safety Car periods had wiped out his lead. In fact, he was vulnerable to a certain extent many thought on the restarts but I say that he was magnificent in all of them and did so at his pace and with sheer panache.

Said Valtteri after the race: “Winning an F1 race is never easy, but today was particularly challenging. There were so many things going on in the race and it would have been quite easy to make a small mistake and lose it all. When the Safety Car came out the last time, I was thinking ‘Come on! Again!?’ I guess it was my chance to really master the restarts here. When you’re in the lead, you want things to be constant and trouble-free, but today felt more like dodging bullets, though things were never out of control.”

In 1954, on July 4 to be precise, the Mercedes-Benz Silver Arrows had marked their return to Grand Prix racing after WWII with a resounding 1-2 victory for Juan Manuel Fangio and Karl Kling in their W196 streamliners. It almost was a 1-2 a day later in 2020 as well but then the team would go home happy not to have dropped too many points with Hamilton losing a second spot and ‘only’ finishing fourth, thanks to his penalty.

Yes the Mercedes-AMG W11s are yet the cars to reckon with in 2020 but I say so with the caveat that the Red Bulls didn’t adequately demonstrate their potential. Maybe six days from now we would see the field in its truest light.