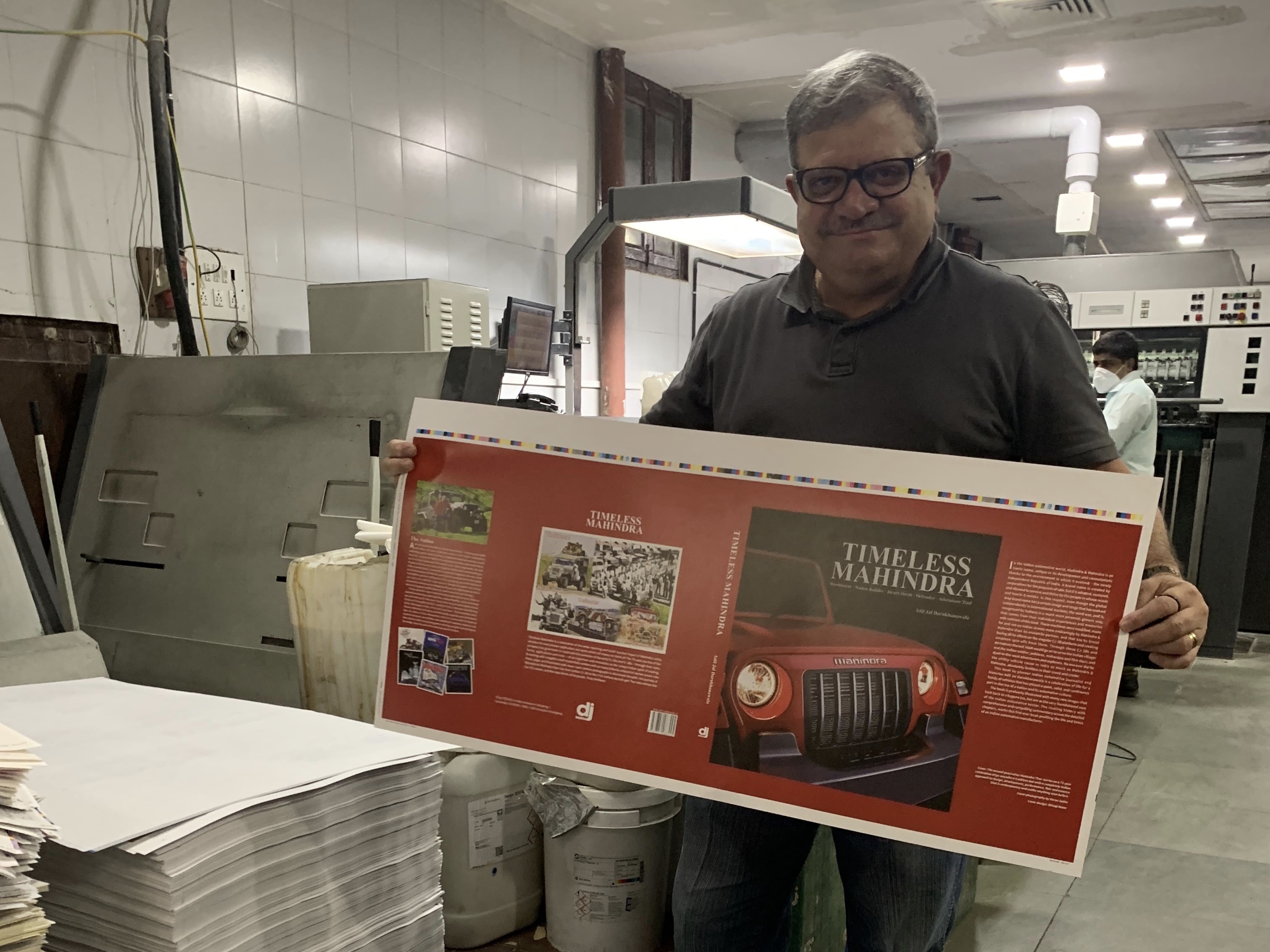 My new book (also the 15th of my career to date), Timeless Mahindra was unveiled on October 2, 2020 to fortuitously coincide with the 75th birthday of Mahindra & Mahindra. The fact that early copies arrived from the press safe and sound in the strong and capable confines of the spanking new Mahindra Thar was an added bonus!

And just like Mahindra & Mahindra has its production lines humming at its Nashik plant, getting the Thar ready for deliveries by November 1, the same holds true for my new book’s printing and production which is well and truly on schedule at JAK Printers, the noted award winning art printing house in Mumbai.  Ever since I met Khushru Patel and Aspi Forbes in 2015 to discuss the printing of my first book as an independent publisher – DJ Media, we have hit it off superbly. From every perspective you could find that it was a meeting of minds. Both Khushru and Aspi are mad cap bawas like me totally immersed in automotive enthusiasm which helps mightily and secondly for a green thumb like me on printing mechanics and such plus other commercial and quality matters, JAK did the trick.

Our first attempt together resulted in the award winning book Mercedes-Benz Winning and since then we have been on a great publishing spree with two more books, ‘Volkswagen in India, At 10!’ and ‘Jawa-The Forever Bike’ following at the rate of approximately one per year, or thereabouts! ‘Timeless Mahindra’ is our fourth title to date and two more have been pencilled in for early next year!

The best thing I like about JAK is that both Khushru and Aspi plus of course the petite Zenia, Khushru’s daughter who is an integral part of the management, have been most open and welcoming whenever we discuss techniques, paper and ink selection, etc. It isn’t about the modern printing machines or the processes they employ but the expertise of its people & the care with which they execute each job that makes them world class. Books are already rolling out at a slow pace thanks to respecting social distancing even at work but should be out by October 8, for connoisseurs and enthusiasts to take in the rich history of @Mahindra_Auto

More details about the book, its pricing and how to order will be up on my site www.adiljal.com for enthusiasts to order beginning October 8.