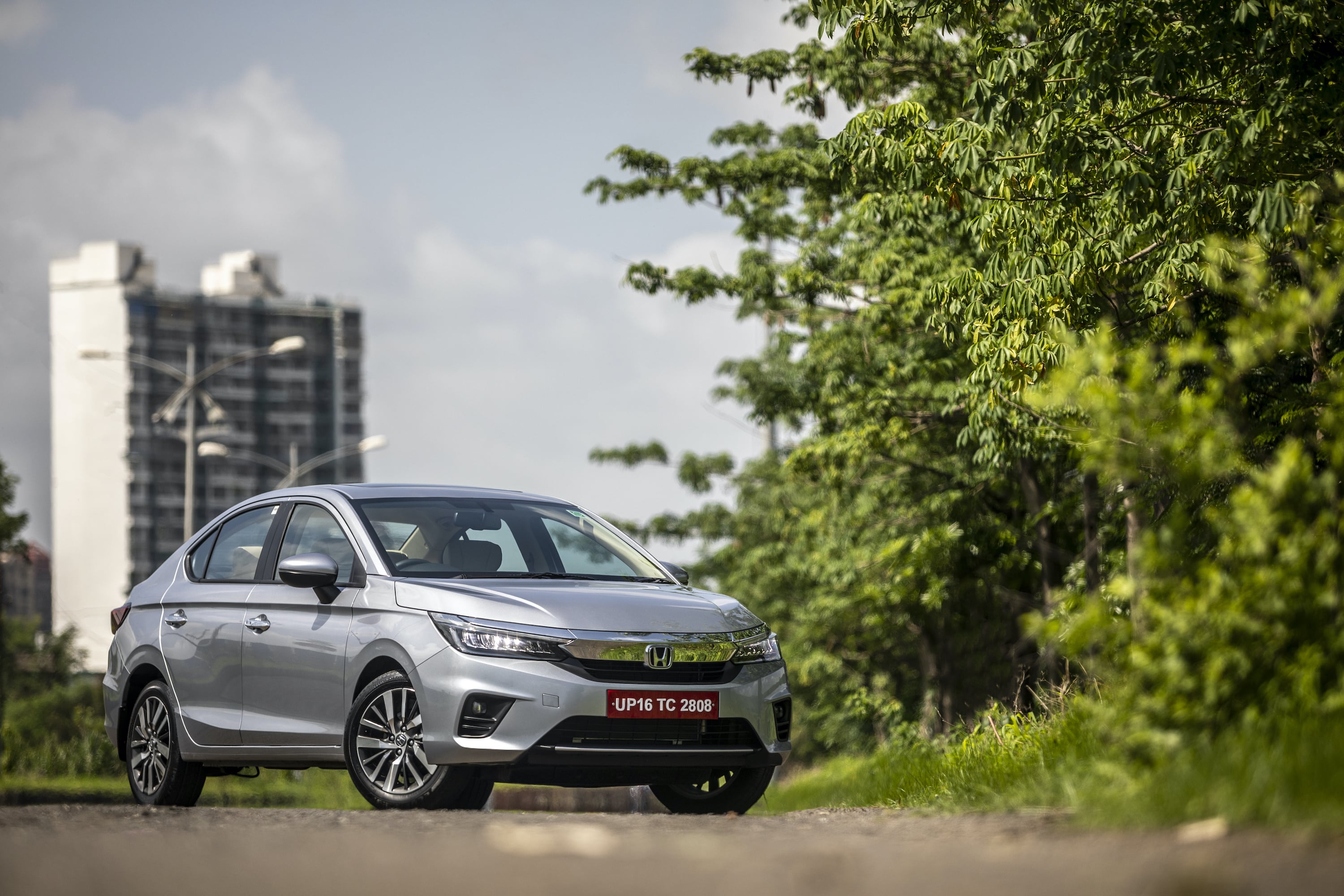 It’s a City as you may and may not know it!

#AdilsAutoZone To say that I am impressed with the all new 5th generation Honda City would be an understatement knowing especially how Honda has gone about its game in recent years in India. Setting eyes on the new car immediately sings it is a Honda but a prettier one than before even though some would find the frontal chrome on the Honda corporate face a bit too cheesy for their liking. However the stance and the presence augur very very well for the new model and those gaping large intakes on the front bumper do give a touch of sporty intent. And yes for once I like the way the alloy wheel design compliments the exterior.

The big takeaways are all in the interior and which is now more spacious and with a pleasing approach to everything about it. Honda’s packaging engineers and interior designers have further revved up their act with great ergonomics while playing safe with the aesthetics of the dashboard. Yes, it is a family saloon and for sure I would have loved a bit more flair but better this than some other trashy stuff seen on models in the very recent past. Love the blend of digital readout with rotary dials for the air con while the digitally backlit instrument console with an analogue approach to the speedometer and rev counter is classy.

Of course it is built to a price and one can see that in very many ways but yet still better than what got our grouse in the last decade. Seats are outstanding especially the driving position is par for the course but the back benchers are in for a treat with a supremely well configured seat squab coupled to a most ergonomically angled seat back which all memsahibs would find welcoming and utterly comfortable.

I got to drive only the petrol iCVT version (even though the pics are of the manual transmission car!), and it is pretty well sorted out for the Indian driving cycle. Honda says the 1.5-litre iVTEC petrol engine is all new (with a double overhead cam working the 16-valve head, variable valve timing & variable valve lift to go) but with pretty much the same power (119bhp) and torque (145Nm) figures. However, there are subtle changes to the induction system and the gearing as well to make full use of the revised torque curve with a decidedly meaty mid-range which is where most Indians reside in the Indian driving cycle without knowing it!

The car revs cleanly and the torque point on the seven steps of the CVT system work very well. Should also hopefully translate into better fuel efficiency should one know how to use the tranny while modulating the throttle pedal. The other two versions are a petrol manual and the superb iDTEC diesel motor with a manual gearbox.

The car handles very well and one of the clues for this attribute can be found in the slightly wider tracks the car now sports. Having been built on the same platform as its predecessor with the same 2600mm wheelbase, the ride is firm yet pleasant and what heightens the senses is the lack of NVH all around, surely one of the biggest achievements on this car. The cheapskate approach has been done away with, to an extent I might add, and it’s not just with door and panel gap sealers and additional sound deadening material but also by engineering new age engine mounts that are key to reducing the NVH at source.

There is a problem though and as is the case with every Indian OEM who wait for gushing journos to pen their first impressions (sadly many new age journos now come up with full road test verdicts before someone has even got in and buckled their seat belts!), they then come up with their “introductory” prices. Yes, Honda hasn’t announced any price points but I hope they don’t make the mistake of pushing the Civic prices way up to accommodate the new City which, using established logic, should have a mark up on its predecessor!

In conclusion, I say that the 5th gen Honda City is a car that I could get very excited about (there I have given the bean counters and marketing men at Honda Cars the first leeway to knock UP the price points!) and with the right bells and whistles embedded in it plus with a 5-star ASEAN NCAP rating this is the Honda for the India of this decade. Nuff said!

P.S.: Someone asked me what would I seek in a Honda City for the present day and age? Well this car would do but with the 1.5-litre VTEC of the original that hit us with a force that hasn’t been matched to date! Are you up for this clarion call Honda?